Welcome to the Town of Cheswold

Cheswold is a small diverse town, slowly transitioning into a rapidly changing future. 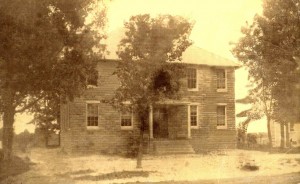 It boasts a history of originally being inhabited by members of the Lenape Indian tribe, Scottish immigrants and African-American slaves and lies directly at the intersection of Rts. 13 & 42, with the larger town of Smyrna on its north and the capital city of Dover, Delaware on its south.

The formal origins of the Town of Cheswold can be traced back almost 150 years to year 1856. At that time a stop was established along the Delaware railroad that was known as Leipsic Station. This railroad depot got its name from the nearby Town of Leipsic, which used the depot for transporting its mail and agricultural products. For years Leipsic Station prospered, as it became an important shipping point of entry for the large quantities of grain and fruit being grown in the surrounding countryside. By 1860, the town contained 35 dwellings, three general stores, a wheelwright, a brickyard, and a grain warehouse. 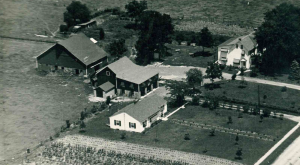 Leipsic Station later changes its name to Moorton after John S. Moor, who at the time owned most of the land in this area. Mr. Moor operated a general store in which the first post office for the part of the county was established, with Mr. Moor being designated as the first postmaster. However, the name of this town, known both as Moorton and Leipsic Station, created considerable confusion at the time with the names of several other villages and towns in Delaware and Pennsylvania. Therefore, in 1888 a contest was initiated to rename the town. The winning selection for town’s new name was Chesswold-composed of “chess” which came from a large group of Chestnut trees near the train depot and “wold” which means forest or trees. The town’s name was later shortened by one “s”.